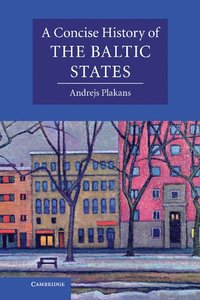 4
In the littoral these variously named "cultures", as arceologists refer to them when using the names of the places where artifacts were found, are the "Kunda" culture in the northern reaches of the littoral and the "Nemuna" culture to the south, with the considerable overlap of the two in the middle.

Nemuna culture reached into what is Poland and Belarus nowadays.


17
The Couronians used the Baltic Sea for piracy and long-distance raiding of the settlements on the island of Gotland and mainland Sweden; and in Rus chronicles Lithuanian tribes are described as fierce.


26
The sagas of the Scandinavian Vikings of the ninth century mention incursions affecting mainly the peoples whose territories lay along the Baltic coast - Couronians, Livonians, Estonians, and to a lesser extent the land-bound Semigallians.

A much more profitable arrangement was the payment of tribute, which was the aim of incursions from the early Rus' principalities lying to the east. From these statelets - Polotsk, Pskov, and Novgorod - raids were made into the territories of the Estonians, Latgalians and Livonians, with longer-term tributary relationships developing between the rulers of these littoral territories and the Rus' states.

Though Couronians launched raids against Gotland in the Baltic Sea and even  against seacoast settlements on the Scandinavian peninsula, and Estonians sent raiding parties into Slavic territories to the east.

Where the Vikings settled, they eventually merged with the indigenous population. By the tenth century, the population pressures in the homelands had eased, and the outward movements ceased.

The first strong ties with Christian Europe were established in Swedish lands in the ninth century.

A native of the German city of Bremen, Albert had received the title of the third Bishop of Livonia from Pope Innocent III.

The chieftans of the Rus' principalities of Novgorod and Pskov, seeking either to aid the Germans or to preempt them or simply to seize territory.

Year 1223 the Estonians negotiated for help from the Rus' principalities of Vladimir-Suzdal and Novgorod.

In 1219, a treaty signed with Volynia - an adjacent land to the south - had the signatures of what  later historians designated as "twenty-one senior Lithuanian princes".

To the east lay the diverse Rus' principalities, none of which was strong enough seriously to threaten Lithuanian authority until the late fifteenth century.

By the end of the fifteenth century, Lithuania controlled virtually all of what is present-day Ukraine and Belarus. Such expansion had the consequence of placing the grand duchy at the center of a very diverse state - almost an empire - because the annexed populations were virtually all Slavic as well as Orthodox.

Vast Slavic territories to the east and southeast - whose inhabitants were generally referred to as the Ruthenians - required attentive and imaginative administration, which characterized both the Gediminid and Jagellonian dynasties.
Territory was being expanded but not integrated.
And at least one rising state in the east - Muscovy - was developing its own westward-thrusting agenda.
The grand dukes of Lithuania, as Polish monarchs, now had to develop a savvy foreign policy toward territorially ambitious central European powers, adding to the burden of administering the Ruthenian lands.

A form of Church Slavic eventually became the official language of record-keeping for the Lithuanian state, while Latin and other western languages were used in official correspondence.

The location of the Baltic littoral on the edge of western Christendom made it vulnerable in the fifteenth century to the territorial ambitions of several would-be powers. One was the principality of Muscovy to the east, which was coming to dominate the lands of Kyivan Rus'.
Southeastern expansion of the duchy had thrust deeply into the territories now coveted by Muscovy.

Arrivals from the Slavic lands steadily trickled into the confederation, because economic conditions were reputed to be better, and they also presumably assimilated to the local populations.
Lastly, he staved off the attacks on the confederation by the principality of Muscovy, which began in earnest in 1501.

To protect Livonia against Muscovite attacks that had already begun under Tsar Ivan III in the 1480s without much success. In 1501, another Muscovite-Livonian war began, but it ended in a stalemate and an armistice in 1503. The Muscovites realized its internal problems.

In 1557 known as the Livonian Wars, involved in the fighting were Denmark, Muscovy, Sweden, and Poland-Lithuania. The resumption of the attacks on confederation territory by Muscovy. With the ascendancy of Ivan IV (1553-1584) the pushing turned into a continuous campaign when the Muscovian army invaded Livonia.

Muscovy atrocities. Sixteenth-century propaganda print warning Europeans of the atrocities perpetrated by "Muscovite" invaders of Livonia during the warfare of the second half of the century.
The agreement of 1582-1583 lead to Muscovy holding on to a small section of its earlier gains.
By 1629, clearly neither Sweden nor Poland-Lithuania could gain complete victory over the other, even though Russia had been expelled from the littoral.

By the second decade  of the 17th century they had managed to cut Russia off from access to the Baltic Sea (Treaty of Stolbovo, 1617).

The Daugava River was recognized  and protected as the main highway for trade with the Russian lands.

The governing orders from the medieval centuries onward used Low German, Latin, Polish, Church Slavic (Ruthenian), or Swedish for official internal communications, and only in the Lithuanian territories.

In november 1700 Livonia was defeated by the Russians in a major battle at Narva on the northern Baltic coast. The fighting resumed in 1707 as Sweden's Charles, emboldened by his victories in Poland-Lithuania, now turned his full attention to Russia. Peter, however, had managed to strengthen his position in the north to the point of founding his new capital city of St. Petersburg at the mouth of the Neva River in 1703, retaking Narva in 1704, and replenishing his army. Active engagements between the Swedish and Russian armies resumed on Estonian territory in 1708, even though Charles' main army was now located in the south and was marching toward Moscow. Here Charles miscalculated: he turned toward Ukraine and met with a crushing defeat in the Battle of Poltava in 1709.

The often-cited reports written to Peter by the exceptionally cruel Russian general Boris Sheremetev seemed to delight in describing looting, pillaging, raping, and killing, and the depopulatiing of Estonian and Livonian districts through the deportation of thousands of inhabitants to the Russian interior (the translator of the Latvian Bible, the pastor Ernst Gluck, among them).
Estonia became part of the Russian Empire after 1721.

Grand duchy of Lithuania had absorbed in its expansion during the 15th and 16th centuries and which were now populated by a mixture of eastern Slavic peoples referred to as Ruthenians and Belorussians.
Inflanty disappeared as a distinct territory, but the new province of Vitebsk, which did not become established until 1802, had a Latgallian population until 1917.

In the lands of the former Lithuanian Grand Duchy the array of language communities was the greatest: Lithuanian was still the largest numerically, but Polish was not far behind, while the subpopulations using Yiddish and Ruthenian (Ukrainian) were sezeable.

Repitition of the names of the nine provinces into which the Polish and Lithuanian lands were now divided - Grodno, Kyiv, Kovno, Minsk, Mohylew, Podolia, Volhynia, Vilno and Vitebsk - was to erase former territorial identities from official consciousness, and to eliminate the possibility that the residents of these provinces would retain ties across the new administrative boundaries.

244
By the mid-19th century, however, Riga had become one of a network of large urban centers in the empire, exceeded in size by St. Petersburg, Moscow, Warsaw and Odessa; by 1910, Kyiv, and Lodz as well had pushed Riga to seventh position in terms of population.